The Nordic welfare states are often described as ‘potentially women-friendly’ due to the availability of publicly provided services that support women to combine paid work and caring responsibilities. While such services reduce the extent of informal care tasks and increase the possibilities of labour market participation for large groups of women, paid elder care workers have often been neglected in this narrative of women-friendliness (Theobald, 2003; Dahl, 2004). Therefore, care workers face the risk of being invisible in the feminist dialogue concerning a ‘care crisis’. Recurring reports on the problematic work situation in Swedish elder care (for example Work Environment Authority, 2015, 2020), calls for analyses of care workers’ position in society and what is needed in terms of redistribution of material needs and institutional recognition to achieve gender justice (Fraser, 2007).

Long-term care for older adults is generally characterised by austerity, cost-cutting and new market-inspired models of governance in the public sector (Rostgaard et al, 2012; Deusdad et al, 2016). These wide-ranging trends and changes in the public sector influence women generally because they are the primary users of many of the state benefits, and women tend to fill the gaps of state withdrawal by providing additional informal care (Anttonen, 1990). Women are also affected as paid workers, since the public sector is highly staffed by women. Within the Nordic labour market and the rest of the Anglo-Saxon world, frontline care staff are part of a low-status, low-paid and low-skilled group (Waerness, 1984; England, 2005; Weir, 2005; Razavi and Staab, 2010; Newman, 2017). In paid care work, women are the ‘default caregivers’ (Penz and Sauer, 2017). 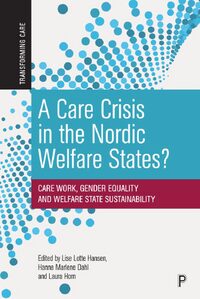 in A Care Crisis in the Nordic Welfare States?

Dimensions of job precariousness and associations with workers’ health and well-being in Swedish homecare
Authors: Rebecka Strandell and Anneli Stranz

Although international research has shown an increase in precarious work in recent decades, few of these studies have been devoted to paid care work. This article joins feminist research on care work with work–life oriented research on precarious work to study the work situation of Swedish homecare workers. The results show a high prevalence of multidimensional precariousness among the care workers and reveal how several indicators of job precariousness are associated with physical and mental strain, poor work–life balance, and intentions to quit the job, including time pressure, lack of job control and limited possibilities to develop and use skills, as well as to create and keep relations with users. 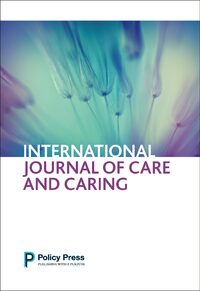