Scholarship about both politics and policy tends to represent tools of direct democracy as veto points that are used to prevent policy change. In this study, we move beyond this unidimensional view and explain the conditions under which instruments of direct democracy can be conducive to policy change. We investigate both the direct and indirect effects of citizens’ initiatives to show that, under certain conditions, these can provide an opportunity for incremental yet potentially transformative policy change. We offer a systematic and comparative assessment of the policy effects generated by a set of European Citizens’ Initiatives (ECIs). ECIs provide an ideal setting for uncovering the potential indirect policy effects since they are not legally binding. Interestingly, some ECIs had tangible effects on EU policies, and these effects materialised over time and at different levels of the EU’s political system, and can be regarded as building blocks for potentially transformative policy change.

Youth unemployment is a major source of concern in Europe. There are two reasons why the levels of youth unemployment continue to be high in certain European Union (EU) member states. First, young people have greater difficulties in finding a job than adults. In many instances, young people’s skills and competences are critically assessed, and young job-seekers have to compete with adults who are already part of the labor market. Second, in recent years, European firms have reported skills mismatches among young job-seekers, making it difficult for them to hire adequately skilled staff. Therefore, youth unemployment can be regarded as a consequence of poor vocational education and training (VET) policies that result in inadequate skills, skills shortages and skills mismatches (Majumdar, 2017). If they lack the necessary skills, youths and adults alike will be confronted with difficulties in finding decent work and they are less likely to become entrepreneurs, even though entrepreneurship stimulates innovation and economic growth.

Scholars have identified such deficiencies in the VET systems of some EU member states, whereas others they regard as role models. The German VET system has been heralded as particularly successful for integrating young people into the labor market (Shore and Tosun, 2019a, 2019b). The main characteristic of this ‘dual system’ is its structure, as the skill formation takes place over a training period of two to three-and-a-half years through the regulated cooperation of vocational schools, on the one hand, and companies, on the other. Trainees in this system spend part of the week at the vocational school and the other part at the company, where they are involved in regular working activities. 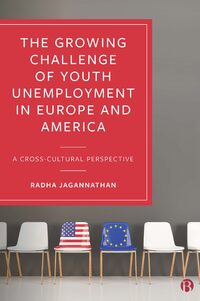 in The Growing Challenge of Youth Unemployment in Europe and America