Clear All Modify Search
Response to commentaries by Andrew Jenkins and Peter Elias on ‘Social class and sex differences in higher-education attainment among adults in Scotland since the 1960s’
Author: Lindsay Paterson
Full Access 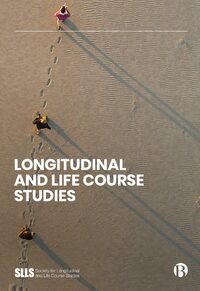 Social class and sex differences in higher-education attainment among adults in Scotland since the 1960s
Author: Lindsay Paterson

An important question about adult education is whether it compensates for or exacerbates initial inequality. The paper looks at this question in relation to higher education in Scotland, considering inequality with respect to sex and to social class. The data come from three cohorts followed from birth to 2011–12. The oldest is unique to Scotland, consisting of people born in 1936. The other two are the Scottish components of British cohorts who were born in 1958 and 1970. This range of time allows an investigation of the effects of half a century of higher-education expansion, drawing a distinction between all higher education and degree-level higher education. The conclusions are that the proportion of women who gained any higher-education qualification was lower than that of men in the 1936 cohort right up to age 75, was equal to men’s in the 1958 cohort up to age 54, and in the 1970 cohort was higher than men’s from the outset and moved increasingly ahead up to early middle age. For degrees, the female proportion converged with but did not overtake the male proportion. On social class, inequality for all higher education widened with age in the oldest cohort, did not change in the middle cohort, and narrowed with age in the youngest cohort. For degrees, inequality did not change across cohorts or across ages within cohort. Thus any widening of access by adults to higher education has depended mainly on levels below that of degrees.