In this article, I consider role of the television show Derry Girls in providing containment for the unbearable aspects of conflict-related and transgenerational trauma in the context of Northern Ireland. Derry Girls is a situation comedy set during the political conflict of Northern Ireland in the 1990s. The show provides nostalgic, satirical and affectionate observations on the seemingly mundane and at times farcical misdemeanours of a group of young people living out their everyday lives in the backdrop of sectarianism, bigotry and political violence. First airing in 2018, 20 years after the peace agreement in Northern Ireland, Derry Girls offers a forum for experiencing a flavour of life in the height of the Troubles, evoking strong emotional reactions in audiences through laughter, consternation and tears. I consider the role of psychosocial studies in framing understanding of the show as a cultural outlet for and container of societal level trauma and collective pain. 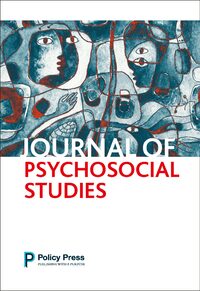