This article analyses the dynamic interaction of SARS-CoV-2, the virus that causes the disease COVID-19, and its epidemiological characteristics, with an expansive conception of the contact centre labour process, integrating the contact centres’ socially-constructed built environment with distinctive qualities of the social organisation of work. Based on an online survey conducted in April–May 2020 of 2,226 call handlers in, largely, the telecoms and financial services sectors, it provides compelling evidence of the risks facing workers from inter alia dense building occupancy, compromised social distancing, inadequate cleansing and sanitisation, heating ventilation and air conditioning systems and from the outcomes of management control systems. A crucial element in explaining widespread virus transmissibility lies in understanding how the broader political economy that produced the dominant mass production contact centre paradigm is intertwined with its ‘inner workings’, leading to a ‘business-as-usual’ default that prioritised value-generating service continuity at the expense of any precautionary principle. The article contributes additionally by re-affirming the utility of labour process theory. 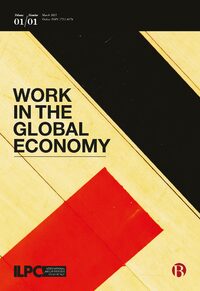 in Work in the Global Economy

New Labour’s standard defence of its record in the sphere of industrial relations is to refer trade union critics to its legislative achievements. Government apologists point to the 1999 Employment Relations Act, the 1998 National Minimum Wage Act and to endorsement of the European Union (EU) Social Chapter soon after the 1997 electoral victory. While these Acts marked a distinct break from the Conservatives’ repudiation of any form of statutory union recognition, and the limited protection afforded the lowest-paid workers by the Wages Councils, many regard the legislation as limited – indeed, minimalist – measures (McKay, 2001; Smith and Morton, 2001, 2006). These strictures also applied to the government’s attitude to the EU directives on working time, part-time workers and information and consultation. Similarly, the introduction of the National Minimum Wage was designed to bring the UK into line with other EU countries, and the composition of the Low Pay Commission appointed by New Labour ‘guaranteed that the level would be set well below what trade unions were asking for’ (Howell, 2004, p 7).

Notwithstanding the Labour Party’s long-standing organisational links to the trade unions, the Blair government’s legislative approach has been characterised by a determination to do nothing that might be perceived to favour them or detract from the overall pro-business agenda. The government has paid the weakest form of lip service to the EU concept of permitting (if not promoting) formal, orderly dialogue between union and employer ‘social partners’ in order to discourage adversarial relations. In practice, UK legislation has been framed so as neither to disadvantage the employer nor to undermine the far-reaching effects of the battery of coercive anti-union laws imposed by Conservative governments between 1980 and 1993. 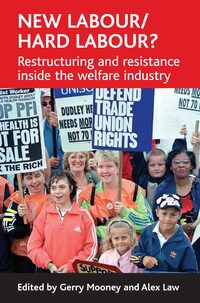 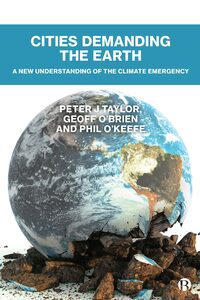 This chapter takes the failure of current climate change policy as a given and seeks explanations and ways forward. Policy-making should be firmly grounded in the essential nature of anthropogenic climate change – a complex problem and an existential threat. It is found wanting in three fundamental aspects. International relations with its competitive preposition is found to be not fit for purpose as decision-making arena. The scientific input for decision-making underplays the ‘anthropo’ bit of climate change and therefore is found unfit for purpose. And social science contributions are found not fit for purpose because of their innate state-centric bias. To overcome the resulting impasse requires critical unthinking. The work of Jane Jacobs is chosen as guide to unthinking thereby foregrounding cities. An invitation is issued for others to provide alternate unthinking.

This is the second chapter on unthinking, specifically building a new narrative to show anthropogenic climate change is not a result of modern industrial society rather it has a much deeper pedigree as essentially urban in nature. The narrative has been constructed by matching Jane Jacobs’ ideas on the power of cities from their initial invention of agriculture to William F. Ruddiman’s revision of the sequence of greenhouse gases generating anthropogenic climate change. There are two initial outcomes: first a critical reassessment of the importance of cities in geographical imaginings of the past, and second a critical intervention into the dating of the Anthropocene pushing it back many thousands of years.

This chapter asks the question, what does this unthinking mean for current anthropogenic climate change policies? This is answered in two ways. First, the concept of urban demand is discussed in its current manifestation as the product of a global Advertising-Big Data-Social Media complex. Second, the mechanisms behind the immensity of Chinese urban growth in recent decades are described. In their different, but intertwined, ways these two expressions of today’s modernity are pointing irrevocably towards terminal consumption. The only means to stop this happening appears to a reinvention of the city, creating an urban demand for stewarding nature for future generations, a posterity city

This is the first chapter on unthinking, specifically unthinking modernity. It takes the form of 14 statements that are presented as basic modern theses, and which are countered by antitheses, alternative positions wherein urban demand is central to the argument. This thesis/antithesis device is used to broach three broad areas. First, the relationship between cities and states are considered with the former identified as constituting social development. Second, the role of cities in that social development is used to undermine modern time and spatial framings of change. Third, these contrarian ideas are brought to bear on the study of anthropogenic climate change, inserting cities as mass demand mechanisms. All this unthinking is intended to foster a fundamental mindscape break pointing towards transmodern sensibilities..

This chapter provides a description of Jane Jacobs’ legacy beyond her famous intervention into city planning. Five aspects of her work are highlighted. First and foremost she was a knowledge builder, harnessing a voracious curiosity to understand the complexity of the human condition. The most auspicious outcome has been her revision of economics identifying city economies as the loci of economic growth. She made further unusual forays into history – contesting power to eliminate complexity – and politics where her bottom-up approach had drawn admiration from both the right and left. She brought this altogether towards the end of her life as a new understanding of economics as ecology. The chapter concludes with a critical appraisal of her treatment of urban demand – crucial to the argument of this book – and links Jacob’s oeuvre to the work of multiple other radical scholars to aid the process of unthinking.