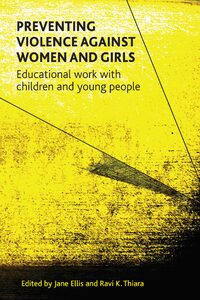 ‘The disparity is evident’: COVID-19, violence against women and support for Black and minoritised survivors
Authors: Ravi K. Thiara and Sumanta Roy

The disproportionate impact of COVID-19 on women and on Black and minoritised groups has highlighted the gendered and intersectional nature of the pandemic where structural inequality has reproduced disproportionately and exacerbated existing gendered and racialised inequalities. The pandemic and subsequent lockdowns led to an increase in domestic violence and abuse; noted to be disproportionately affected at multiple interlocking levels, home and the wider structural context constituted sites of violence for Black and minoritised survivors. Not only were women being subjected to heightened levels of violence and expanded coercive control but they faced greater constraints in seeking help. The decommissioning and closure of Black and minoritised organisations at a disproportionate level under austerity, inequitable funding structures and the simultaneous reinforcement of a hostile immigration environment have closed the door to safety for many survivors. Reporting on research conducted during 2020 with Black and minoritised organisations about the challenges encountered during the pandemic highlights how they rapidly adapted and reshaped survivor-centred support provision, the ways in which survivors experienced and responded to expanded forms of abuse, and the responses they and women received from mainstream service providers and the greater intersectional advocacy this required. 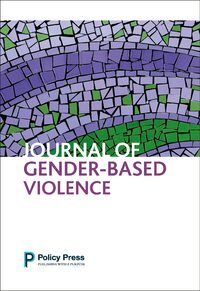 As this collection has demonstrated, prevention work with young people through education has gained increased interest and currency amongst those seeking to prevent VAWG in both the short and long term. Starting with calls to develop educational work in the 1980s, a recognition of the harm caused by domestic violence and child sexual abuse to children and young people, as well as violence in their own intimate relationships, has led to intensified demands for prevention work. There is no doubt that practice has preceded policy in this area and despite the ongoing absence of a clear policy mandate, certainly in England, practitioners continue to carve out spaces for prevention work with children and young people in school and non-school settings. The motivations for this work inevitably differ and clearly shape both the kind of programmes that are developed and the ways in which they are implemented. Despite this variation, some commonalities are evident, including: a commitment to fostering healthy relationships and behaviours among young people; challenging violence and the harm it causes to not only women but also to children; engendering in children and young people the skills to resolve conflict through non-violent means; and building their confidence to seek help by equipping them with knowledge and information. Since schools provide access to almost all children and young people, they have been considered an important site for prevention work on VAWG. However, as noted by Crooks et al (2008), ‘effective programs have achieved neither widespread nor sustained implementation’ in schools’ (p 111).

Sexual exploitation is not a new phenomenon but it has received increased research and policy attention over the last decade. This has culminated in the recent inquiry into Child Sexual Exploitation in Gangs and Groups (CSEGG), conducted by the Office of the Children’s Commissioner, which identified 16,500 children as at risk during April 2010–March 2011 and 2,049 children as being victims of sexual exploitation in gangs and groups during the 14-month period from August 2010 to October 2011 (Berelowitz et al, 2012: 9).

This collection, the first of its kind to bring together research and practice, addresses the fragmentary knowledge base on prevention work in schools on violence against women and girls (VAWG)1 at a time when it has received unprecedented attention. It arose out of conversations that took place between the editors about the absence of a wider critical conversation, and the lack of a discursive space, about school-based prevention work with children and young people and indeed about prevention itself – what it is, how and if it can be achieved, why is it desirable, what assumptions it makes about schools, and what view of children and young people it adopts and extends. The editors were very aware of the absence of a body of work that brought together knowledge about the disparate, and often exciting, school-based work taking place in many parts of the country. Such a body of work could also reflect on the many dilemmas and challenges faced by those at the cutting edge of developing this work and how these have been, if at all, addressed. Through drawing together researchers and practitioners in a conversation for the first time, this collection highlights the important work that has been developed thus far in this area and raises, and responds to, some of the questions that might be encountered by those seeking to take this work forward in the future. While the majority of contributors are drawn from the UK, we have included contributions from elsewhere on issues not yet written about in the UK to extend the critical conversation.